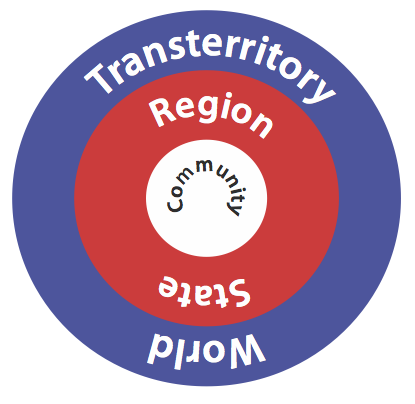 All Assembly Members (AMs) must adhere to the following standards:

Each Assembly Member shall receive an annual salary, paid monthly, equivalent to five times the Median Income of their constituents.
The Median Income of each constituency to be published by the State tax authorities, before October 1st, for the previous tax year, and which forms the basis of the AM salary calculation for the following tax year.

Assembly Members will require administrative support, and at a minimum each AM should have provided for them:

Assemblies for Regions and the State should provide residential facilities at no charge for their AMs, equivalent to the social housing standards adopted by the Assembly for their Shelter WellFair service.

Assemblies shall meet at the discretion of members providing that:

In the event that the currently eligible Assembly Membership represents less than 51% of the votes cast at the last election, a new election is immediately triggered.

Due to the more pluralistic and less party-based nature of Assemblies elected using Proper Elections, the organisation of the interface between the Civil Service and government needs to be adjusted. Assemblies will be a single body with the same sovereignty and responsibility as we have traditionally attributed to Parliament in Westminster: ultimately all of the members of the Assembly are responsible for the performance of government to their constituents.

The Civil Service in each constituency shall have it’s own Chief Executive, responsible for the performance and management of all Civil Servants, and the reform and development of the Service. The Chief Executive will be hired and retained at the discretion of a Management Board, which will consist of 3 Directors appointed by the Civil Service, 2 by the Assembly, and 2 elected by the rank and file of the Civil Service. Directors will serve for terms of 4 years, may be re-elected, may not AMs and will receive compensation only in proportion to time spent in or preparing for Board meetings (if they are employed by the Civil Service they will receive no additional compensation, if not they will all receive an equal hourly rate equivalent to the hourly rate for AMs). Chief Executives should report formally to their Boards not less frequently than quarterly. Boards may concern themselves will all matters concerning the performance and management of the Civil Service, but not to the efficacy or implementation of Assembly policy.

Small Assemblies will likely maintain oversight of civil service functions as a single body, with all Council Secretaries reporting directly to a full Assembly session. Assemblies with more than 7 Assembly Members will likely want to distribute oversight of civil service departments to self-selecting groups of AMs, which will be called Councils.
Councils should be open to any AM that wishes to join, preferably with a 2 year commitment. Councils should elect a Chair from their membership.
Councils will require their own administrative staff.
Each Council will have a Council Secretary, the primary Civil Service manager responsible for implementation of Assembly policy. Council Secretaries are proposed by the Chief Executive, and subject to approval by the Assembly for Prime Councils, and by Council’s members for Special Councils. Where appropriate the Chief Executive should also appoint a Deputy Council Secretary who can step in in the event of the dismissal of a Council Secretary, and until such time a new Council Secretary is appointed.
Council Secretaries to report formally to their Council on their progress not less frequently than quarterly, but otherwise at the discretion of the Council.

Any Assembly may choose to convene additional Councils related to more specific matters or departments, these are Special Councils.